The new stained glass window remembers a local brother and sister killed following a tragic motor accident and was kindly donated by their family.  It is located in the North Chapel, a transept off the main space created as a memorial Chapel during the restoration of the Abbey following the 2006 arson attack.

Following the vicar’s initial ideas, the design depicts Christ’s triumphant entry into Jerusalem surrounded by a jubilant crowd depicted in blue (representing heavenly love), singing, praising and waving palms.  An incident perhaps above all others in Jesus’ life that incorporates the two elements of sadness and celebration as it looks forward to the pain of Good Friday and the joy of Easter Day.

The window is made in a variety of mouth blown antique flashed and pot metal glasses that have been be acid etched, painted, stained and leaded to depict the imagery of the design. 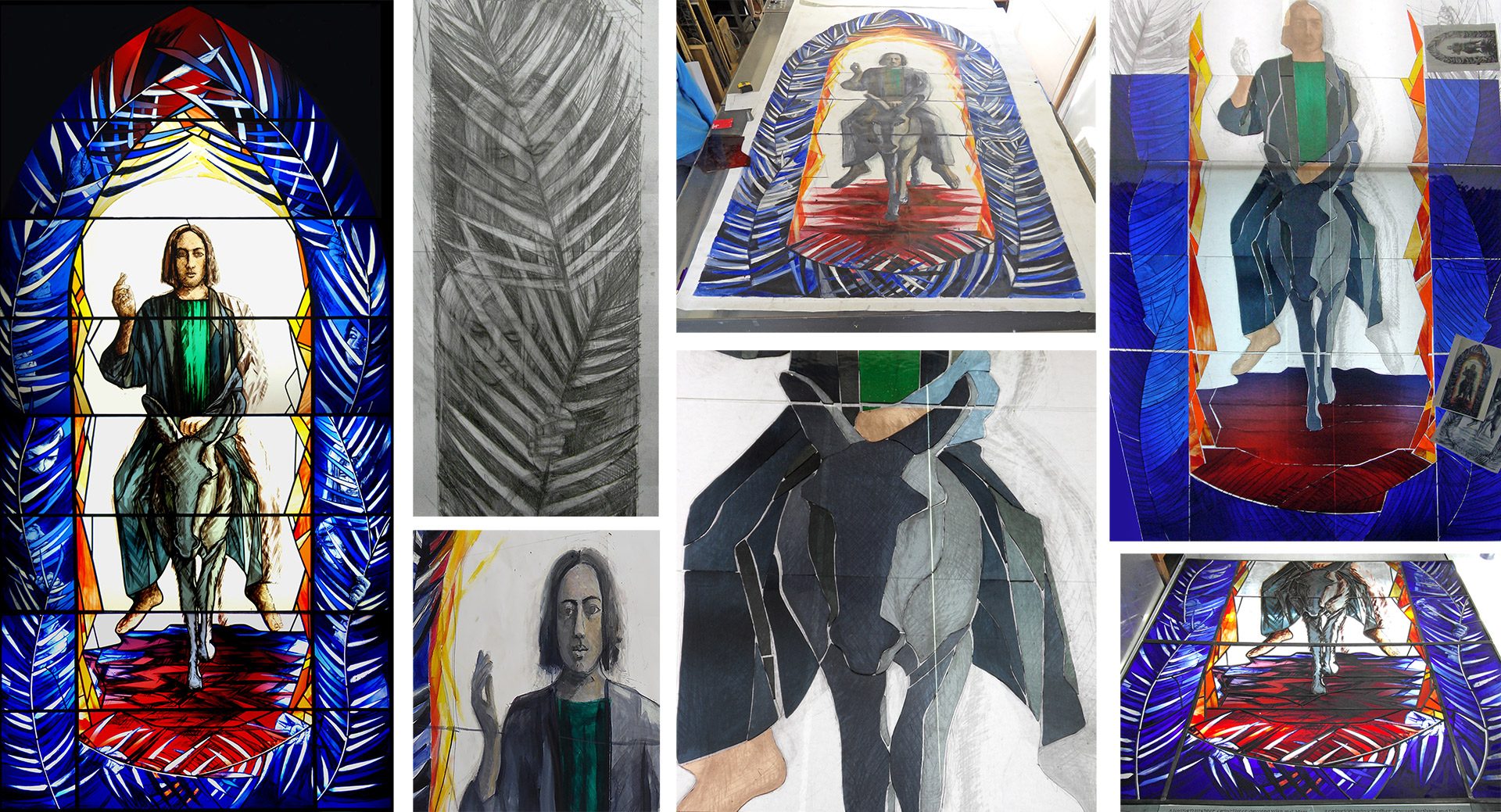