Design for a new church

We were invited to enter a competition for the design of a new church.  The scheme was to be heavily influenced by sustainability, including the reuse of material from the existing church that was to be demolished.  The wall behind the sanctuary was to be rammed earth and we were to incorporate as many of the original dark bricks and glass as possible.  We reached the final two. 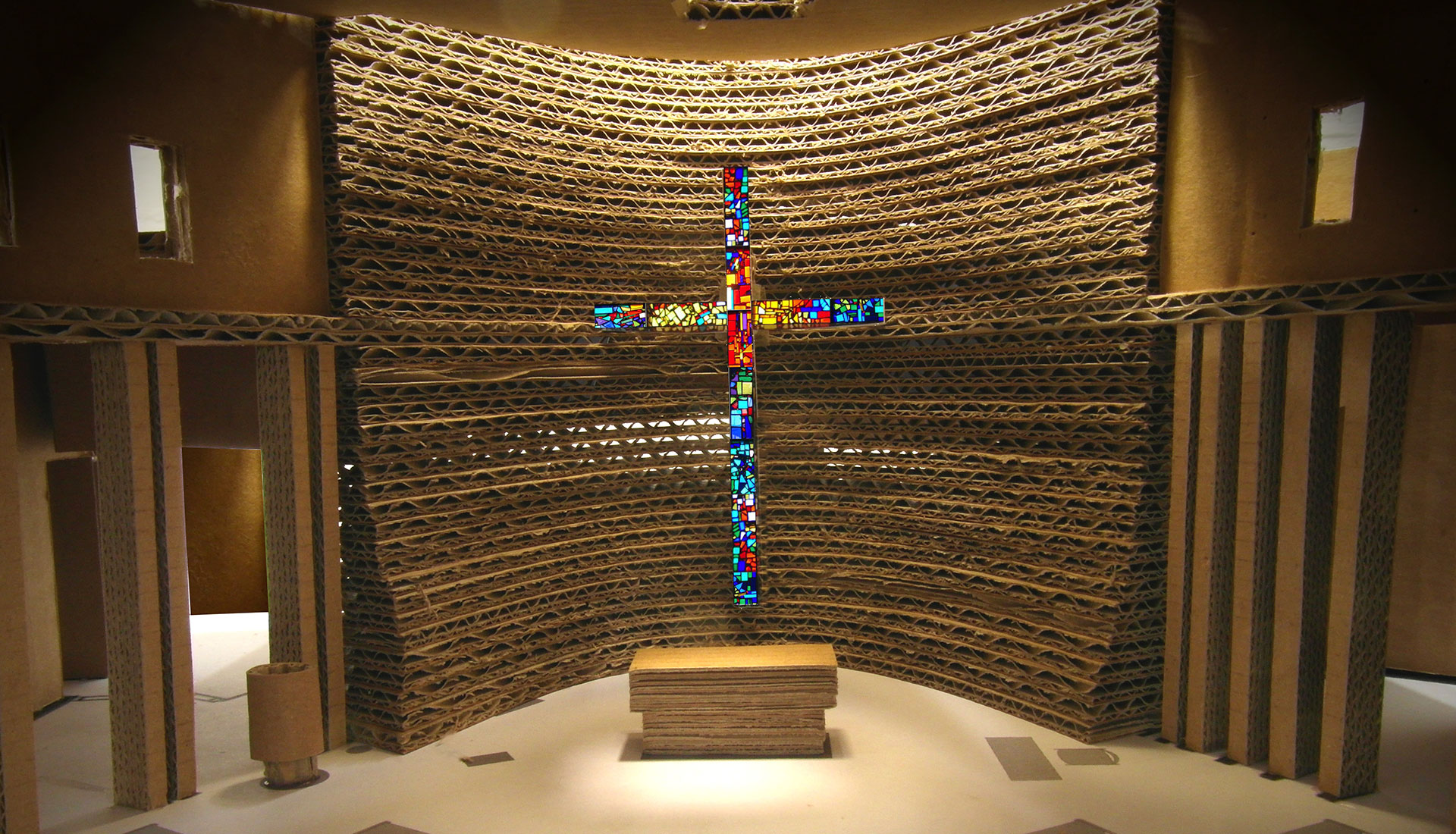 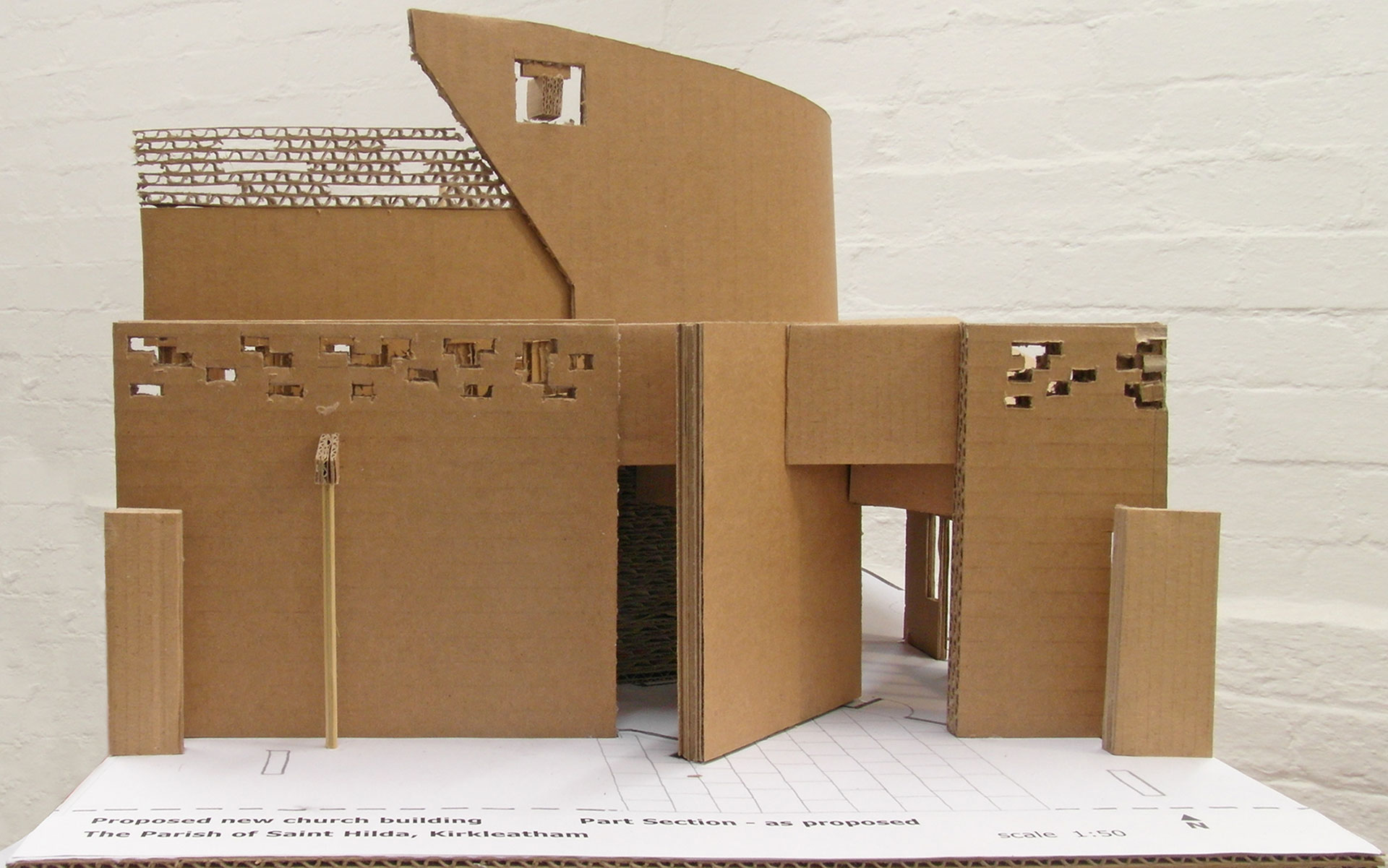 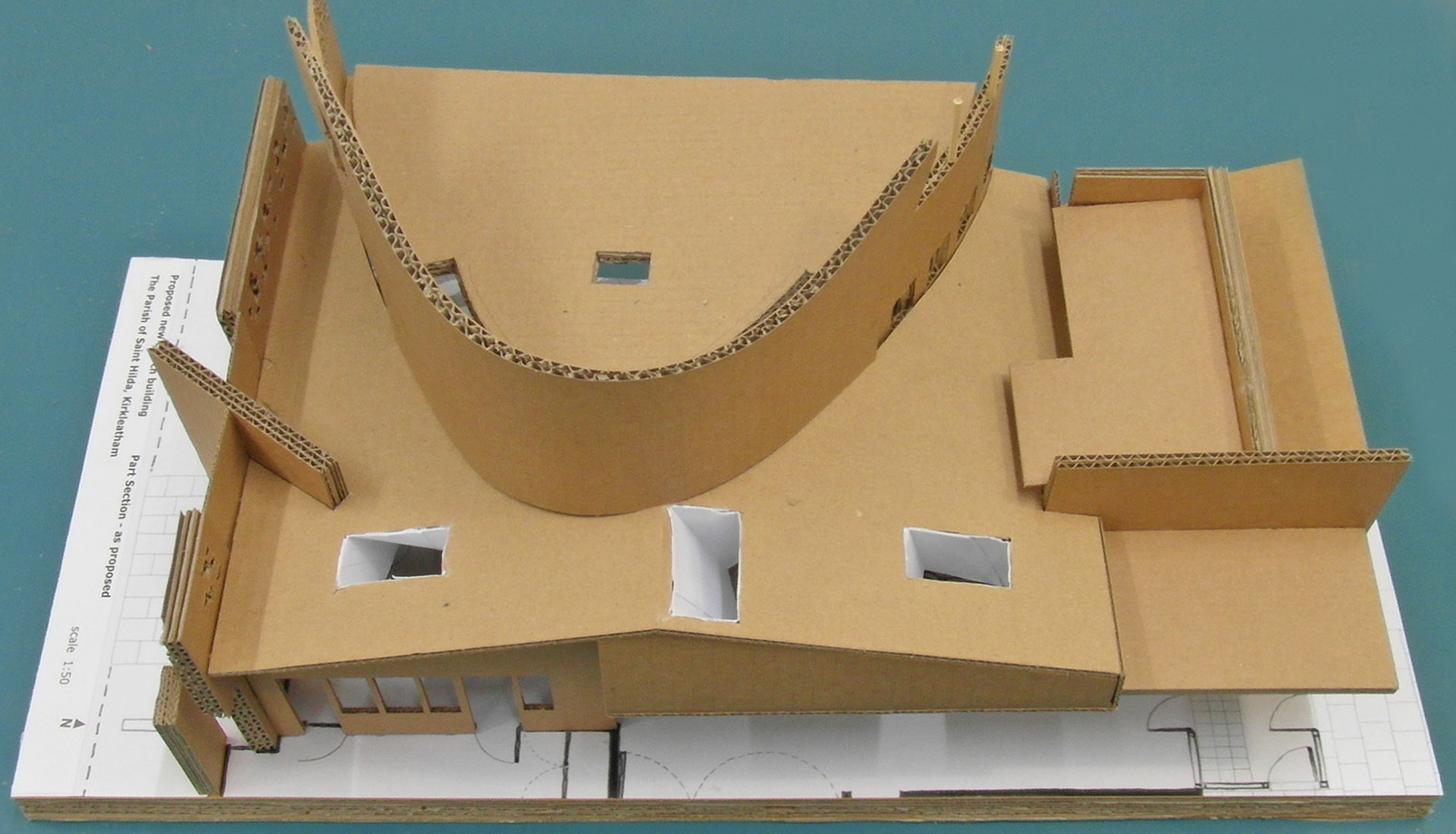 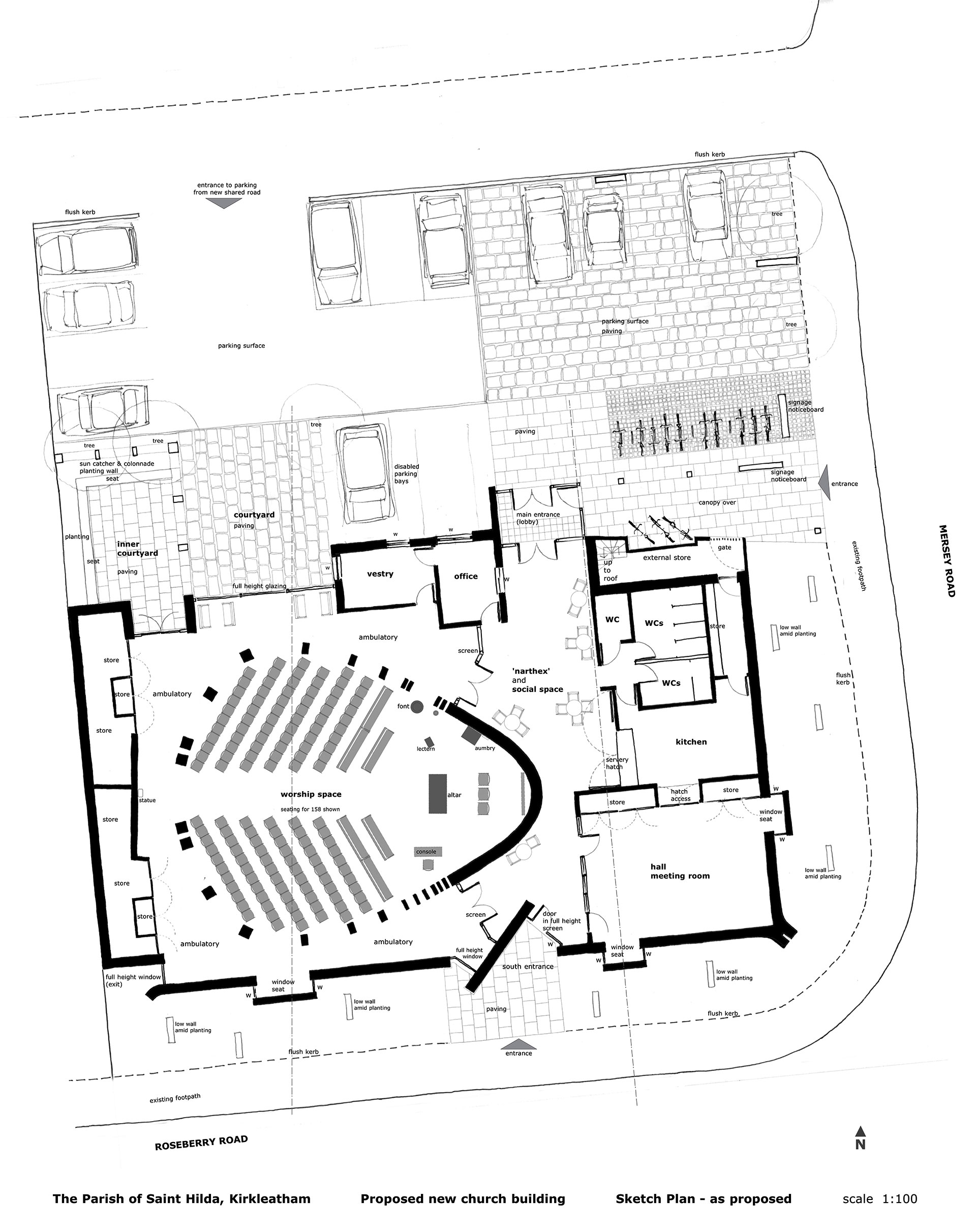